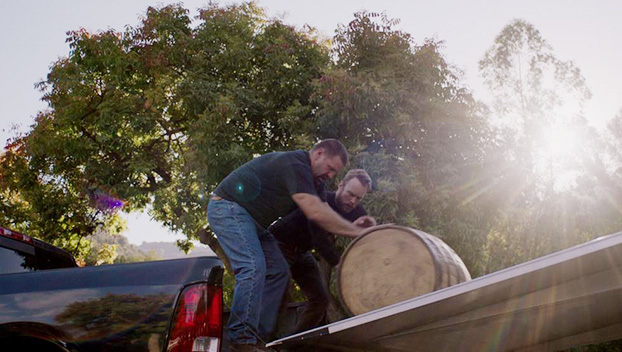 The premiere of a six-part documentary series featuring the most covered criminal case in Kentucky’s Franklin County history is today and the subjects are ready.

The Franklin State Journal caught up with Toby Curtsinger, a former processor at Buffalo Trace for 26 years who was convicted for his role in thefts of a large amount of top-shelf bourbon; Pat Melton, the former Franklin County Sheriff who led efforts to arrest Curtsinger and others involved; and Brad Bowman, a former State Journal investigative reporter who covered the case that garnered media attention from across the world, dubbed “Pappygate.”

Netflix, one of the world’s largest online content distributors, is premiering the documentary on Wednesday as part of a six-episode series called “Heist.” Two other high-profile theft cases from Miami and Las Vegas will also be featured.

Melton described Pappygate as “the case of a lifetime.”

“It was never anything personal, in any way, shape, or form,” Melton said. “It was strictly doing the job that we’re supposed to do, and that was to take care of our community.”

Curtsinger called it traumatic for him and his family, while also admitting some of his misdeeds.

“I can laugh about it now, but about three years ago it’d just make me cry,” Curtsinger said. “I wouldn’t wish that on anybody.”

Curtsinger was originally sentenced in 2018 to 15 years in prison for his role in thefts from Buffalo Trace and Wild Turkey distilleries; shortly after, he was granted shock probation.

Both Curtsinger and Melton said that they got their point across to the filmmakers at Netflix. Bowman told The State Journal that he trusted the producers involved with their presentation of the case.

“I’m sure they got it right,” Bowman said. “My sense was that they were fair to everybody. This wasn’t a gotcha film, like, ‘Oh, this guy was good or bad,’ or trying to prove a point. It was letting everybody on each side of the story tell their story.