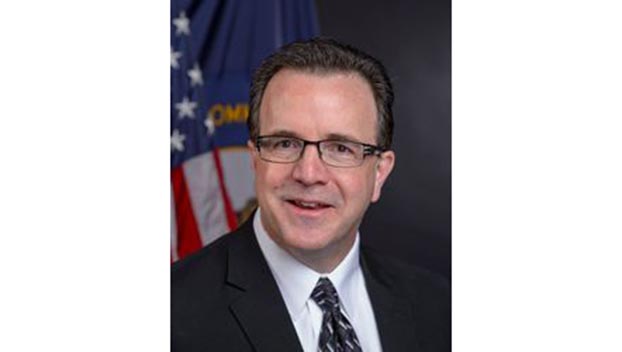 Republican Kentucky Auditor Mike Harmon said Monday he’s running for governor in 2023, getting an early jump on a potentially crowded slate of challengers seeking to unseat Democratic Gov. Andy Beshear in a state that has continued to shift toward the GOP during Beshear’s time in office.

Harmon confirmed to The Associated Press that he’s entering the race and was filing paperwork to allow him to start raising campaign money. In a release, Harmon said he’s seeking the state’s top elected job to “help renew” Kentucky and guide it toward “the best version of itself it can be.”

“I want my children, grandchildren and every adult and child in Kentucky to know this state holds great opportunities for each and every one,” Harmon said.

He’s known for his folksy style and an ability to overcome the odds while building a political resume that includes a long stint as a state lawmaker. He’s in his second term as state auditor, having ousted the Democratic incumbent in 2015 and following up with a big reelection victory in 2019.

Harmon on Monday took aim at Beshear’s handling of the coronavirus pandemic, criticizing the governor’s restrictions that were aimed at curbing the spread of the virus. Kentucky has had lower numbers of cases and deaths than neighboring states, but the governor’s actions have drawn fierce opposition from Republicans concerned about government overreach, a theme likely to be central to Harmon’s campaign.

“The people of Kentucky, they’ve had their liberties and their livelihoods suppressed and stolen,” he said in a phone interview. “And really a lot of the promises that have been made to restore or make people whole really have fallen very short.”

Beshear, who ended almost all virus-related restrictions, says his actions saved lives and were in line with decisions made in many states to combat COVID-19. Beshear says Kentucky’s economy has quickly rebounded from the pandemic and last week reported a massive state budget surplus.