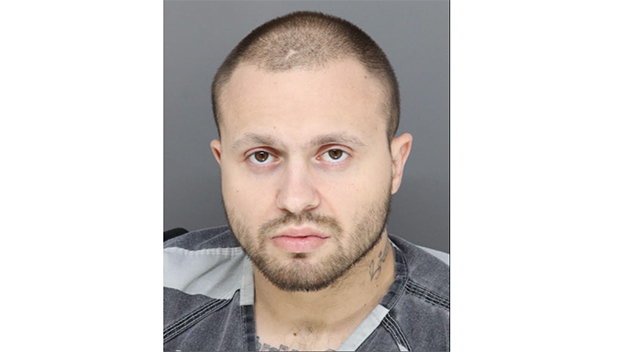 A man who reportedly pointed a gun at a deputy and sergeant before leading law enforcement on a chase has been arrested in Cincinnati, according to a news release from the Boone County Sheriff’s Office.

On Friday, June 18, 2021, the Cincinnati Police Department arrested the suspect on a Boone County Warrant after he was discharged from the University of Cincinnati Medical Center.

Roberts is currently being lodged at the Hamilton County Justice Center on an S250,000 cash bond and is expected to be extradited soon to Kentucky.

Below is the description of the incident by the Boone County Sheriff’s Office:

On June 13, 2021, at approximately 4:14 AM, Boone County Sheriffs Office deputies were dispatched on a drug complaint in the parking lot in Walton.

As the male subject exited the vehicle, he pointed a handgun in the face of one deputy. The deputy reacted quickly by deflecting the hand of the suspect away from his face as he fell to the ground. The suspect then pointed the firearm at a sergeant on the scene as he fled on foot. A short foot pursuit ensued before another vehicle in the area picked up the suspect. That vehicle tied from the scene and deputies were unable to pursue any further. No shots were fired during this incident.