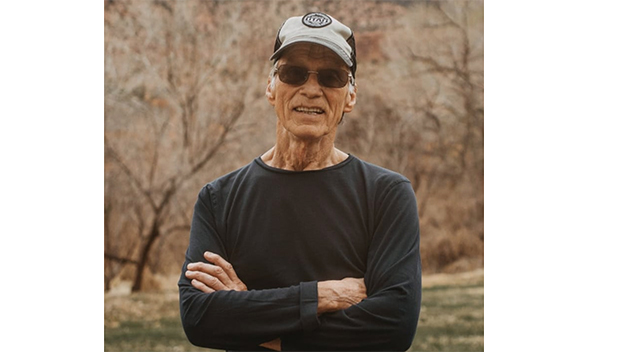 Stan Cottrell’s legs are taking him across America. At 78, he is running a marathon each day for 100 days to travel from Los Angeles to Washington, D.C.

Cottrell, a Munfordville native who graduated from Western Kentucky University with a bachelor’s degree in health, biology, psychology and sociology, will have run more than 3,000 miles once his Amazing Friendship Run concludes in August. Having already trekked through the desert heat of California, Arizona and New Mexico, Cottrell will pass the mountains of Colorado before moving on to the Midwest.

A coast-to-coast run through the United States is nothing new for Cottrell. In 1980, he set a Guinness World Record for the fastest run across America when he finished the feat in 48 days.

“I’ve been running for 73 years,” Cottrell said. “When I was a student at Western in 1964, I was one of the first Southerners to run the Boston Marathon. I was running long distances back in those days, and as the old saying goes, people thought I was touched in the head.”
Cottrell said he doesn’t like to label himself as “old.”

“I feel like I’m about 8 years old,” Cottrell said. “I’m still in elementary school and the teacher just said it’s time for recess.”

Cottrell believes his journey has a purpose that extends beyond the benefits of long-distance running.

“This is about reuniting America,” Cottrell said. “This is about sending a message of hope that encourages you to come out of your house and move around outside.”

Cottrell has shared his message of friendship and unity in the 40 countries he’s visited. After nearly 270,000 miles of running, Cottrell sees value in being able to live and work with a diverse group of people.

“The people that come out and run with me — they know it’s not a competition,” Cottrell said. “We’re just celebrating the uniqueness of the human family and the fact that friendship is the rarest commodity. It’s far more rare than the gold of Fort Knox.”