Why the Colonial Pipeline hack should matter to you. Questions about the recent cyberattack answered. 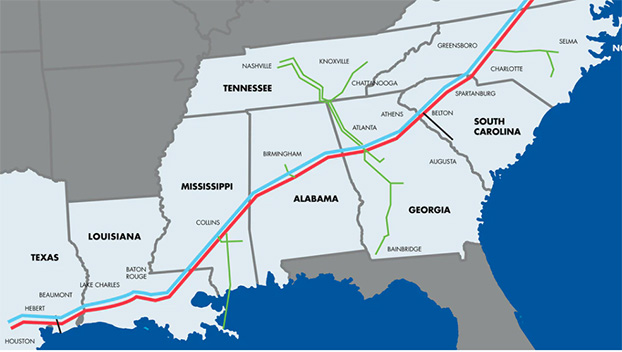 A cyberattack on a critical U.S. pipeline is sending ripple effects across the economy, highlighting cybersecurity vulnerabilities in the nation’s aging energy infrastructure. The Colonial Pipeline, which delivers about 45% of the fuel used along the Eastern Seaboard, shut down Friday after a ransomware attack by gang of criminal hackers that calls itself DarkSide. Depending on how long the shutdown lasts, the incident could impact millions of consumers.

WHAT HAPPENED TO THE COLONIAL PIPELINE?

Colonial Pipeline, the owner, halted all pipeline operations over the weekend, forcing what the company called a precautionary shutdown. U.S. officials said Monday that the “ransomware” malware used in the attack didn’t spread to the critical systems that control the pipeline’s operation. But the mere fact that it could have done so alarmed outside security experts.

WILL THERE BE GASOLINE SHORTAGES?

It depends on how long the shutdown lasts. Colonial said it’s likely to restore service on the majority of its pipeline by Friday.

There’s no imminent shortfall, and thus no need to panic buy gasoline, said Richard Joswick, head of global oil analytics at S&P Global Platts. If the pipeline is restored by Friday, there won’t be much of an issue. “If it does drag on for two weeks, it’s a problem,” Joswick added. “You’d wind up with price spikes and probably some service stations getting low on supply. And panic buying just makes it worse.”

SO WHAT’S HAPPENING WITH GASOLINE PRICES?

The average gasoline price jumped six cents to $2.96 over the past week, and it’s expected to continue climbing because of the pipeline closure, according to AAA. Mississippi, Tennessee and the East Coast from Georgia to Delaware are the most likely to experience limited fuel availability and higher prices, and if the national average rises by three more cents, these would be the highest prices since November 2014, according to AAA.