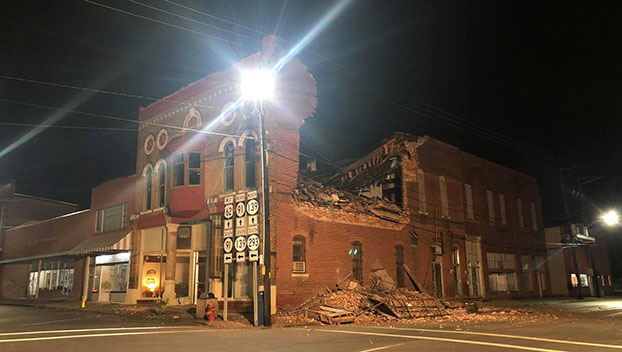 Kentucky residents woke up Thursday morning to the sight of one of its historic buildings partially collapsed in a pile of rubble.

The historic One Hour Cleaners building in Princeton Kentucky on West Court Square partially collapsed in the early morning hours. Also known as the Old Masonic Building, the building was a part of the historic commercial district in downtown Princeton.

Built in 1899, the building has been a feature of Princeton’s historic town.

Young told KFVS12 News that a large fire escape on the side of the building may have caused the sidewall of the building to fall which then pulled the roof and another wall down.

Young said crews have been able to save some historical artifacts and features of the building for future use.

‘Where my heart is’ — Kentucky math teacher a…