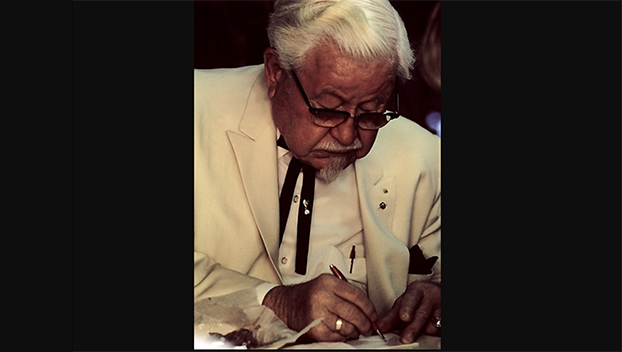 The southern Kentucky town of Corbin is planning a festival that will celebrate a famous face and former resident: Colonel Harland Sanders, who developed the secret recipe for Kentucky Fried Chicken.

The city’s first Colonel Fest is scheduled on April 24 and will feature dozens of vendors set up along Main Street along with shows and other activities that focus on Sanders and his creation, the Times-Tribune reported.

“It has the potential to be a really fun event,” said Corbin Tourism Director Maggy Kriebel. “It’s pretty intense, I mean we’ve got a contest like every hour.”

One event, the Finger Lickin’ Chicken .5K, will have participants run 820 feet, eat a piece of Kentucky Fried Chicken and then run an additional 820 feet.

Some other events include a Colonel Sanders look-alike contest, a fried chicken cooking contest, an eating contest and a chicken costume contest.

Police: 8 dead in shooting at FedEx facility in…