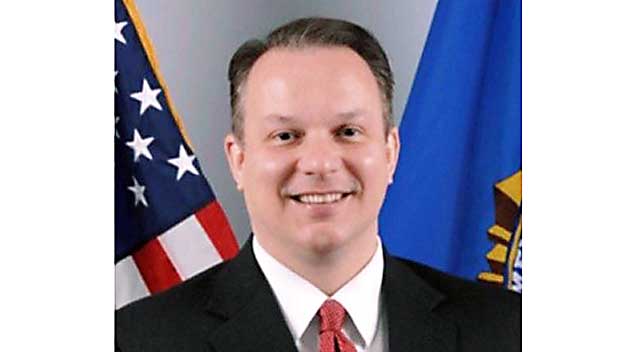 One woman carried a ruler at FBI headquarters so she could smack James Hendricks’ hands when he reached for her legs and breasts. Another went home shaken after he tugged on her ear and kissed her cheek during a closed-door meeting.

And when Hendricks went on to lead the FBI’s field office in Albany, New York, in 2018, colleagues described him as a “skilled predator” who leered at women in the workplace, touched them inappropriately and asked one to have sex in a conference room, according to a newly released federal report obtained by The Associated Press.

Hendricks quietly retired last year as a special agent in charge after the Office of Inspector General — the Justice Department’s internal watchdog — concluded he sexually harassed eight female subordinates in one of the FBI’s most egregious known cases of sexual misconduct.

Hendricks was among several senior FBI officials highlighted in an AP investigation last year that found a pattern of supervisors avoiding discipline — and retiring with full benefits — even after claims of sexual misconduct against them were substantiated.

The FBI said it could not discuss Hendricks’ case but that it “maintains a zero-tolerance policy toward sexual harassment and is committed to fostering a safe work environment where all of our employees are valued, protected and respected.”

Hendricks, 50, who now writes a law enforcement blog, did not respond to messages seeking comment. He told investigators his accusers had either misinterpreted his actions or exaggerated his behavior, and that he was not sexually attracted to them.

“It’s an ugly, ugly laundry list of things that were said, and that’s really hurtful to me and it really just disappoints me,” he was quoted as saying.

The details of Hendricks’ sexual harassment — outlined in a 52-page report obtained under the Freedom of Information Act — have not previously been reported. The OIG blacked out Hendricks’ name in the report, but he was identified by law enforcement officials familiar with his case.