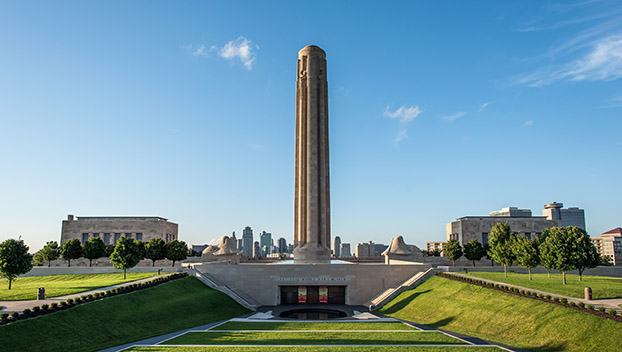 The family of a Kentucky man who was killed in action in World War I is donating his copy of the New Testament he took with him to France to the National World War I Museum and Memorial.

Nicole Morton Goeser told the Owensboro Messenger-Inquirer that she wants to share the story of her great uncle Arthur J. Douthitt, who was killed by an enemy sniper in 1918 while serving with the U.S. Army. Unbeknownst to his family, his New Testament had been kept safe in a tobacco tin and recovered from the battlefield.

Several years after the war ended, in February 1923, his widow received an unexpected letter from Fred Robak of Birmingham, England.

“In going through my brother-in-law’s effects a few days ago, I found amongst them a testament and inside the cover is a note asking in case of accident for someone to return it to you,” the letter read.

On the inside cover of the New Testament given to him by his mother in 1904, Douthitt had written, “In case of accident, will someone please send this little testament to my dear wife, Mrs. Arthur J. Douthitt, Stanley, KY, USA.”

The testament was passed down through the family and eventually given to Goeser. It has been a treasured keepsake that has helped keep the memory of Douthitt alive for a century.

Goeser said she wanted to ensure the New Testament would not be lost over time, and with it the story of her great aunt and uncle. After speaking with the curator of the National World War I Museum and Memorial in Kansas City, Missouri, it was decided that was the best place for the tin and the book.

“I think my mom is really happy that it is going to go someplace where it will be properly preserved and appreciated,” she said. “We don’t want it to get lost.”