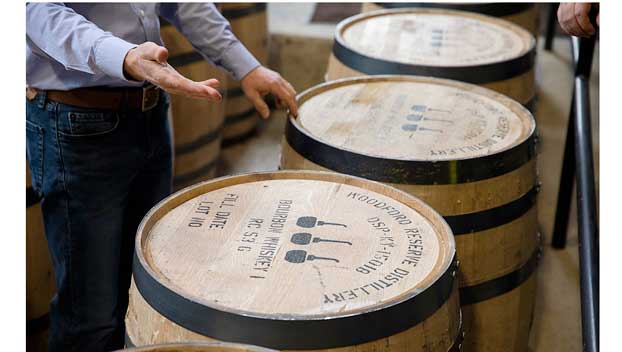 Brown-Forman Corp. said Monday it plans to expand its Woodford Reserve Distillery in Kentucky to double production capacity for the brand’s bourbon and other American whiskeys.

The company didn’t disclose the cost but said the expansion is in response to growing demand. The expansion includes three new copper pot stills at the historic distillery near Versailles in Kentucky’s bluegrass region.

“Woodford Reserve is a key driver of growth for the company — and the investment ensures the brand continues to expand around the world,” said Brown-Forman President and CEO Lawson Whiting. “Woodford Reserve has enjoyed exceptional growth over the last decade, maintaining a double-digit net sales growth rate year-to-date with more than 1 million case sales.”

The expansion includes additional fermentation tanks, a new building to house the boiler plant and a barrel unloading/storage area.

Construction will begin this spring and is expected to be completed in summer 2022. The distillery will remain fully operational during the work.

Woodford Reserve bourbon was introduced in 1996, and its distillery is a national historic landmark where distilling first began in 1812.

The expansion is Brown-Forman’s latest investment in bourbon. It spent considerably to build back its Old Forester bourbon brand. Its flagship brand is Jack Daniel’s Tennessee Whiskey.

Fatal police shooting of speeder who pointed gun at…