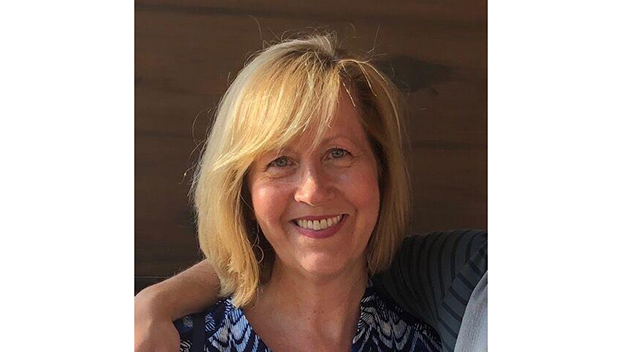 When her husband took a job in the Chicago area in the late 1980s, Vicki Birenberg and her family moved into what she described as an ideal starter home in the nearby community of Wilmette, Illinois.

“We found this beautiful little arts and crafts bungalow on a street full of bungalows that had a lot of similarities,” Birenberg said. “It looked like they were related somehow.”

After her family had settled into the neighborhood, Birenberg — who started serving as Frankfort’s historic preservation officer in January — noticed something that upset her about the surrounding area.

“It became apparent that it was a very desirable community for speculative developers to come in and buy small houses like the one we had just purchased and tear them down and build, from lot line to lot line, a ‘McMansion’ in the middle of a street of small houses,” Birneberg said.

“McMansion” is a term popularized by McMansion Hell, a blog that humorously criticizes the perceived excesses and design shortcomings of large, mass-produced American homes.

“It looked like these houses were dropped from outer space,” Birenberg said. ”That kind of activity was disruptive to the neighborhood’s context and character. It didn’t add anything aesthetically, but it also made me sad because I knew that even though these houses were bigger, they weren’t being built with the quality of materials and attention to detail that these older houses were.”

She spoke with experts and the local preservation commission and decided to apply to put her street on the National Register of Historic Places.

She succeeded, and now Wilmette’s Oak Circle Historic District covers 2.6 acres and 26 properties.
“I didn’t really know what I was doing, but it kind of opened the door to my interest,” Birenberg said.

Since then, Birenberg became heavily involved in community preservation matters, eventually deciding to make a career of it by getting her master’s at the School of the Art Institute of Chicago in 2009. Moving to Frankfort shortly thereafter, she’s been working in historic preservation on a statewide level for 11 years.

At the State Historic Preservation Office, Birenberg most recently worked as the coordinator for the office’s Certified Local Government (CLG) program for the better part of the last decade.

But when the City of Frankfort voted late last year to hire its own historic preservation officer, she threw her hat in the ring to do similar work on a local level. She said that preservation is a worthy cause both for its human benefits — namely nostalgia and sentimental value — as well as long-term economic considerations.

“There is a lot of research that shows that those places that have put policies in place for preservation, their economies are stronger,” Birenberg said. “They bounce back quicker after recessions. It lowers the risk.”

Having been on the job for about a month-and-a-half, Birenberg said it’s been a “whirlwind”; she is still learning the ropes and figuring out her day-to-day schedule. Birenberg’s role in the city’s organizational structure is unique. She is in the City Manager’s Department, thus isn’t tethered to certain types of projects.

On Wednesday, though, she got to lead discussion with the most preservation-oriented wing of Frankfort city government: the Architectural Review Board (ARB).

What she presented ended up being not too dissimilar from the type of work she described as part of her role with the CLG program and her preservation efforts in Wilmette.

“It’s really kind of a planning-focused program to make sure that the historic resources in your community are properly identified and evaluated for what they contribute,” Birenberg said at the work session.

At that virtual meeting she laid out a framework for members to think through just that when deciding whether to grant new developments in city historic districts a certificate of appropriateness. Members of the board as well as city staff commended her presentation.

Birenberg said that while she will bounce around across departments depending on what projects require her attention, she’ll be most closely linked with the planning department.

A previous job description by former City Commissioner Eric Whisman, a preservationist himself who first pushed for the role to be added to the city’s budget, included a significant degree of planning oversight. It also made the officer a director-level position and gave it an entirely new commission to oversee.

However, the job description, amount of authority and pay grade for the position were significantly reduced by the time the position became official late last year.

And Birenberg said that she’s got her hands full as is.

Big projects like the potential rehabilitation of Broadway Bridge, for which Birenberg was already a member of the local consulting party, and the potential redevelopment of Blanton’s Landing along downtown Frankfort’s riverfront are on her mind. She said that a Blanton’s Landing project, if pursued, will likely involve some level of Section 106 National Historic Preservation Act mandates.

She also said that she’s encouraged departments to keep her expertise in mind.

“I’ve encouraged all of the departments if they’re going to apply for something that requires the federal permit or federal funding to just kind of let me put some eyes on it first,” Birenberg said. “I might be able to point out some things they might want to think about addressing before they put their application in.”

Beyond the city’s major projects, she said that a few items on her to-do list appear to be coming down the pipe soon.

One is a grant, for which the new city commission approved an application, to create a historical document evaluating and identifying important Black history in Frankfort.

“It will help us hire a consultant to consolidate and do some additional research with regard to African American history and heritage in Frankfort and put together a document that we can use to evaluate the remaining resources for their eligibility for the National Register of Historic Places,” Birenberg said. “It will also be a really great public education document.”

She said that she’s also working on using grant funds to host an outdoor workshop in August with notable preservationist Bobb Yapp on historic window maintenance.

Another potential project is further mapping of the city’s historic resources. Birenberg said she’d like to add more to the city’s GIS database.

“I’d like to see things like the historic street markers, historic walls, carriage steps, granite curbs and those kind of things,” Birneberg said. “That way, all departments of the city, including public works, can be aware of them and where they are located as they’re carrying out projects like sidewalk replacement and that sort of thing.”

Though she’s got a lot on her plate, Birenberg said she’s happy to be directly contributing to a city that she’s called home for more than a decade.

She called Frankfort a very attractive place for preservation-minded people like herself. It blew her away in 2009 when she moved here, and it still does, she said.

“I love the way that Frankfort is laid out. We have this great, walkable downtown that’s got a lot of great architectural detail. I think it’s pretty wonderful here.”