Pitino in NCAA Tournament, Kentucky out after chaotic season 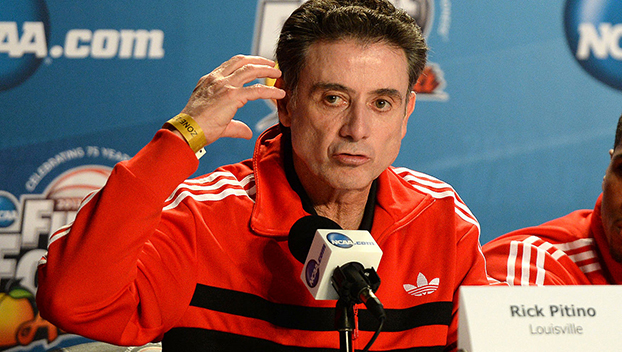 Rick Pitino is in the NCAA Tournament and Kentucky is not.
It’s been that kind of season in college basketball.

A year after the NCAA Tournament was canceled by COVID-19, the 2021 bracket included Pitino’s Iona Gaels and no Big Blue Nation following a season of stops, starts and cancelations.

The truncated build-up to the season and the chaos within it took a toll on the Wildcats. Coach John Calipari had another team loaded with future-pro freshmen, but didn’t have the usual time to develop them into a cohesive team.

Kentucky finished 9-16 and missed the NCAA Tournament for the second time in Calipari’s 12 seasons.
Pitino, a former Kentucky coach, went from being fired by Louisville to coaching in Greece to becoming the third coach to lead five different teams to the NCAA Tournament.

Pitino needed just one season to take Iona into the bracket, leading the Gaels to the Metro Atlantic Athletic Conference Tournament title. He doesn’t expect a short stay, either, despite opening against Alabama, the No. 2 seed in the East Region.

“I told them I was packing eight suits,” he said. “We have a lot of dirty laundry, and we’re heading to Indianapolis.”

The NCAA Tournament was filled with plenty of star power the past few times it was played, from Trae to Ja to Zion.

This year’s bracket will be no different.

Iowa’s Luka Garza is an All-American, a front-runner for national player of the year and a dominating force.
Oklahoma State’s appeal on a NCAA-mandated postseason ban has not been been resolved, which means college basketball fans get to watch what Cade Cunningham can do in March. The dynamic freshman point guard was clutch during the regular season and could do something special in the NCAA Tournament.

Speaking of clutch, Gonzaga’s Jalen Suggs seems to play his best when the pressure’s on, like he did in the WCC Tournament final against BYU. The former high school quarterback doesn’t play like a freshman.