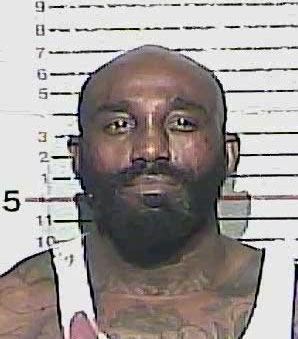 The charges against a man accused of trying to kill a Kentucky police officer went to the grand jury Tuesday, after the officer testified about the incident in court.

Stefan Lavon Harris, 41, of Frankfort, was arrested on a number of charges including attempted murder following the incident on Feb. 26.

Frankfort Police Sgt. Shane Music testified Tuesday in Franklin District Court that he was the first officer responding to a 911 call at the Marathon on Collins Lane. Initially, officers knew the call stemmed from a previous incident involving the unauthorized use of a car.

Music said the owner of the car, who worked at the station, called officers when Harris and the vehicle pulled in to the station.

“I jumped out of the car and gave him an order to put his hands on his head,” Music said. “When he stood up and looked up, he had that ‘oh no’ face.

“He started saying something to the effect of, ‘I didn’t steal’ something. I said we’re not here about that. Put your hands on your head.”

At that point, FPD Officer Austin King had arrived and the officers decided to handcuff and detain Harris while they investigated.

“When I said ‘cuff him,’ he pulled away and started to run,” Music said.

Music said he managed to grab Harris’ hoodie, and a scuffle ensued. Harris pulled a handgun from his waistband, and they began fighting for control of the weapon.

“At that time, I started striking the person to get him to drop the weapon,” Music said.

Once he did, King separated the magazine from the weapon, he said.

The physical altercation continued, though, and Harris allegedly pulled a second gun.

Music said he fell on top of Harris during the struggle.

“He has (the gun) stuffed in my abdomen and appears to be trying to manipulate the weapon,” Music said. “I reached around the barrel of the gun and pushed it to the side. It looked like he was trying to close his hands several times.”

At this point, Music said he drew his weapon.

“I pulled my service weapon and told him if he didn’t stop, I would shoot him,” Music said. Harris initially complied, but continued to struggle even after they attempted a choke hold. After a third officer arrived, Harris was arrested.

The second handgun never fired, though. Upon further investigation, someone had taped a flashlight to the gun, Music said.

The tape prevented the weapon from cycling properly, and it did not eject a spent shell casing after it was fired previously.
Both weapons, he said, were loaded.

Music said a glass pipe, similar to those used to smoke methamphetamine, was found in the vehicle. In court documents, officers said Harris admitted to using meth prior to the incident.

Following the hearing, Olds determined there was probable cause for the charges and sent the case to the Franklin County grand jury for further consideration.

Harris was charged with attempted murder (police officer), a Class B felony; possession of a handgun by a convicted felon, a Class C felony; third-degree assault, first-degree possession of a controlled substance and receiving stolen property (firearm), all Class D felonies; resisting arrest, first-degree disorderly conduct,  possession of drug paraphernalia and unauthorized use of a motor vehicle, all Class A misdemeanors; third-degree criminal mischief, a Class B misdemeanor; and public intoxication, a violation.

Harris is being held in the Franklin County Regional Jail on a $50,000 cash bond.