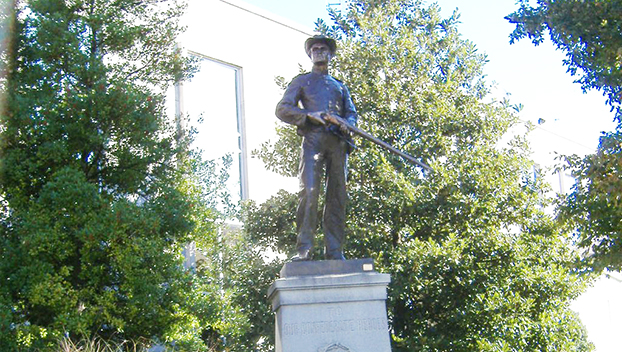 A Confederate statue in a Kentucky county will not be moved to property owned by the city of Owensboro, officials said.

Officials in Daviess County voted last summer to remove the 120-year-old statue from the county courthouse lawn. A committee recommended in November that the statue be placed either at the Owensboro Museum of Science and History or the city’s Museum of Fine Art. Both buildings are owned by the city.

But Mayor Tom Watson said city commissioners agreed that the statue should not be relocated on city property, the Owensboro Messenger-Inquirer reported.

“We just talked one at a time among ourselves, and we had a consensus among ourselves,” Watson said.
Moving the statue to one of the city’s museums “wasn’t a good solution” and “didn’t solve anything,” Watson said. “I see no reason to move it to another location where it’s still in public view.”