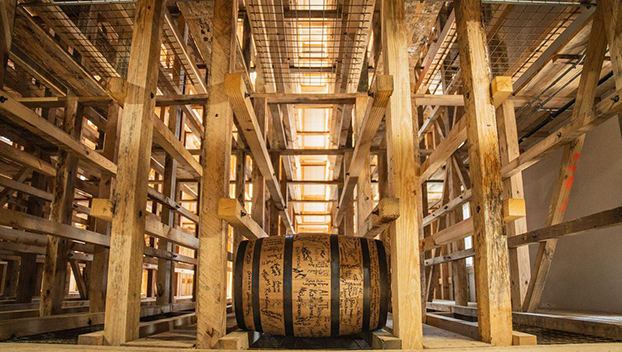 The Barton 1792 Distillery in Kentucky has started filling the first new storage warehouse to be built on its site in over 50 years.

The bourbon producer says the first barrels of whiskey were rolled into Warehouse 33 last week. The warehouse is the first to be built on the site since 1963. The facility was built behind the Bardstown distillery as part of a $25 million warehouse investment.

It will be joined by two more warehouses. Warehouses 34 and 35 are under construction and are expected to be complete this summer and fall, the distillery said.

Warehouse 33 will hold 33,500 barrels and Warehouses 34 and 35 will hold 58,800 barrels each. The expansion will increase barrel storage capacity by 25%, the distillery said.

It’s part of a broad expansion of Kentucky’s bourbon sector.

Barton 1792 Distillery is part of Barton Brands, which is owned by the Sazerac Company. 1792 Small Batch Bourbon Whiskey is produced at the distillery and is named for the year Kentucky became a state.