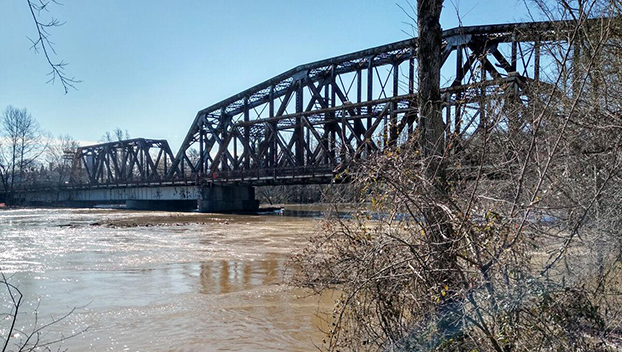 The Kentucky River at the Frankfort lock is now expected to crest higher than previously forecast, according to the National Weather Service in Louisville.

A flood warning is in effect and is slated to expire at 6:40 a.m. Sunday when the Kentucky River is expected to fall below flood stage.

“Main stem river flooding will continue for much of the week, especially on the Kentucky and Ohio rivers,” NWS said in a hazardous outlook statement.
Roads that have been closed include:

Roadway issues may be reported to the Frankfort Dispatch Center at 502-875-8582.

The saving grace to the flooding situation is that there is no precipitation predicted in the seven-day NWS forecast.

Sunny skies are on tap each day through Monday with highs in the mid- to upper-50s and overnight lows in the upper-20s.