Purchase of Kentucky Kingdom amusement park to be announced today 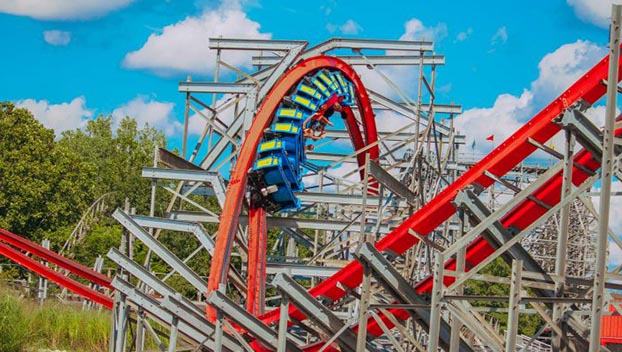 The park is set to host a press conference Tuesday morning about an “exciting new partnership.” Kentucky Gov. Andy Beshear and Louisville Mayor Greg Fischer will be in attendance.

The event was announced Monday by the Kentucky Tourism, Arts and Heritage Cabinet.

“An exciting new partnership surrounding the future of Kentucky Kingdom and Hurricane Bay Amusement and Water Park in Louisville will bring enhanced entertainment and amusement park management experience to the park,” the cabinet’s statement said.

The buyer was not announced in the release. But signs point toward Georgia-based Herschend Family Entertainment as the new owner.

According to theme park media outlet Coaster Nation, Kentucky Kingdom published a video teasing the sale last week, showing Louisville circled on a map connected to other cities in the region that have properties owned by Herschend. That video was no longer available on Kentucky Kingdom’s Facebook page as of Monday.

Herschend’s other properties include Dollywood in Pigeon Forge, Tennessee, and Silver Dollar City in Branson, Missouri. The company’s portfolio also includes the Harlem Globetrotters and aquariums in Kentucky and New Jersey.

Once operated by Six Flags, Kentucky Kingdom was closed in 2010 amid Six Flags’ bankruptcy. It then sat unused until reopening in 2014 under a new ownership group, which spent $43 million to renovate the park.