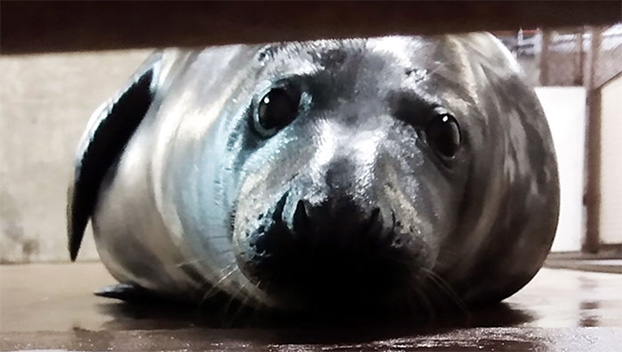 The Louisville Zoo launched a webcam for its new gray seal pup and announced three possible names that the public can vote on.

The male pup has been weaned and the public can watch on a webcam as he works on his swimming skills in a private pool at Glacier Run, the zoo said in a statement on Tuesday.

“Being able to virtually follow the pup, and watching the process as the pup graduates to the exhibit pool with our other seals should be a fun and educational experience for our guests,” said Louisville Zoo Director John Walczak.

Along with watching the seal, the public is invited to vote through Feb. 23 on which of three names they think will suit him best: Finsbay, Oban or Noaa.

The winning name will be announced on Feb. 25.

Police: Man flees in high-speed chase, then runs out…