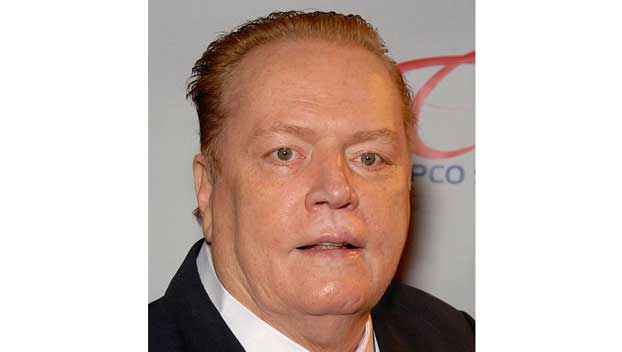 Flynt, who had been in declining health, died Wednesday at Cedars-Sinai Medical Center, his longtime attorney, Paul Cambria, told The Associated Press. He had been paralyzed and nearly killed in a 1986 assassination attempt.

“He suffered decades of health issues and you can imagine it was pretty difficult,” said his nephew Jimmy Flynt Jr. He added, “I loved him and may he rest in peace.”

From his beginnings as a fledgling Ohio strip club owner to his reign as founder of one of the most outrageously explicit adult-oriented magazines, Flynt constantly challenged the establishment and was intensely disliked by the religious right and feminist groups that said he demeaned women and put them at risk with pictures of bondage and other controversial acts.

Flynt maintained throughout his life that he wasn’t just a pornographer but also a fierce defender of free-speech rights.

“My position is that you pay a price to live in a free society, and that price is toleration of some things you don’t like,” he once told the Seattle Times. “You have to tolerate the Larry Flynts of this world.”

The U.S. Supreme Court agreed with him at least once, when he won a long and bitter battle with the Rev. Jerry Falwell, who sued him for libel after a 1983 Hustler alcohol ad suggested Falwell had lost his virginity to his mother in an outhouse.

That case and much of the rest of Flynt’s life were depicted in the acclaimed 1996 film, “The People vs. Larry Flynt,” which brought Oscar nominations for director Milos Forman and for Woody Harrelson, who portrayed Flynt.

Kentucky Man electrocuted after coming in contact with downed…