Less than half of Kentucky’s long-term care staff vaccinated for COVID-19, report shows 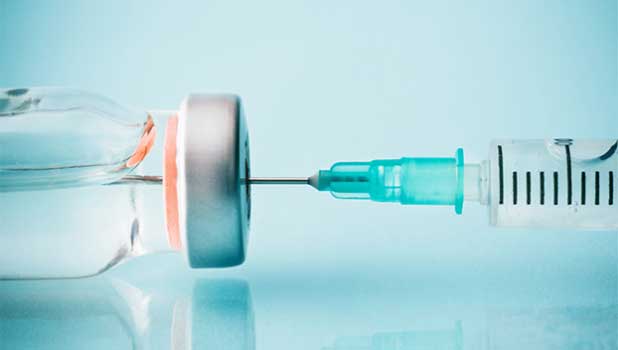 Less than half of staff members at Kentucky long-term care facilities have been vaccinated for COVID-19, in part because many refused vaccination, the Lexington Herald-Leader reports. Now some of those people are changing their minds, leading to complications in the vaccine distribution.

Doses first became available for long-term care facility staff and residents two months ago. Since then an estimated 73% of residents have received the vaccine, but only about 45% of staff have been vaccinated.

“It was what I would call a soft, not a hard, no,” Gov. Andy Beshear said last week. “It wasn’t that they didn’t want to take it, it’s that they felt that maybe it had been rushed, they had concerns about its efficacy, and as they saw other people getting it, they now want it.”

But CVS Health and Walgreens were contracted by the federal government to provide only three vaccine clinics at long-term care facilities. The third, which is happening now, was meant as a wrap up to offer second doses to any stragglers. Both pharmacies initially refused to dole out first doses at their final clinic, in part because they don’t have a contract to come back and administer the second dose, said Betsy Johnson, an industry lobbyist and director of the Kentucky Association for Health Care Facilities and the Kentucky Center for Assisted Living.

After meeting with the Cabinet for Health and Family Services this week, CVS and Walgreens have now been instructed to provide a first dose to staff members and residents as long as the facility has a plan for how those people will get a second dose — a responsibility that will likely fall to the local health department, Johnson said.

Johnson couldn’t say how many staff members were now requesting an initial dose, weeks after they were first offered one, but she said “it’s enough to be a concern.”

Vaccinating residents and staff at long-term care facilities is among the highest priority for public health experts. In Kentucky, they account for more than 55 percent of the state’s nearly 4,000 COVID-19 deaths.

Trying to convince staff to be immunized “is a day-to-day struggle with day-to-day goal setting,” she said, noting that distrust of government and misinformation are hampering their efforts.

Beshear has said he regrets partnering with the federal government for the long-term care program.

“If I could go back in time, we would have administered the long-term care program on our own through community pharmacies and others,” he said. “With the contractual relationship with the federal government, we’ve had less control.”

Lack of enthusiasm for the vaccine among nursing home workers contrasts starkly with enthusiasm from a large portion of the general public, which has been overwhelming the state’s regional vaccination centers with appointment requests. Those eligible to receive the vaccine now include health care workers, first responders, K-12 school personnel and anyone 70 or older.