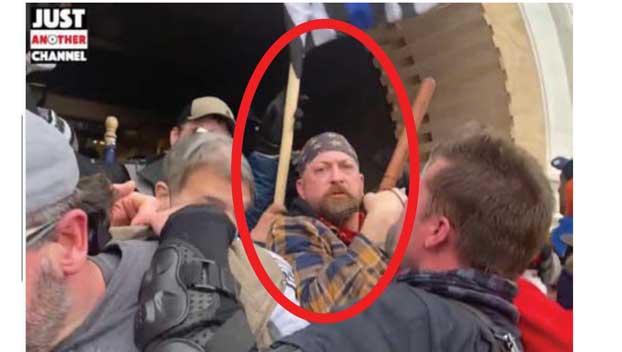 Federal authorities arrested a Kentucky man — who is also charged with assault of Capitol officers — Thursday in Uniontown, Pennsylvania.

According to court documents, Peter Schwartz is accused of spraying orange-colored mace at at least two officers on Jan. 6 while gaining entry to the Capitol. Court documents did not include an age for Schwartz or say why he was in Uniontown when he was taken into custody.

No attorney information for Schwartz was listed in court documents.

The arrest affidavit says a tipster contacted the FBI to identify Schwartz from wanted posters, saying Schwartz was supposed to be living in a rehabilitation center in Owensboro, Kentucky, because of a conditional release from prison based on coronavirus concerns. He is scheduled to appear in court next week.