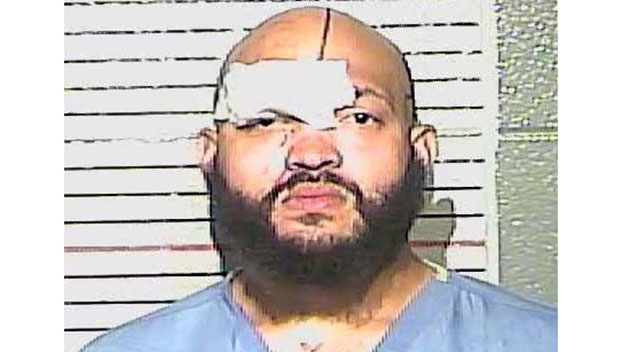 The suspect in a Tennessee murder was arrested near Frankfort after a chase, according to state police.

According to Knoxville Police, officers were called to an apartment complex around 5 p.m. Sunday, where they found 29-year-old Nikita Nunez inside a vehicle with a gunshot wound. She was later pronounced dead at the University of Tennessee Medical Center.

After learning Horace Nunez was the suspect and was traveling north, Knoxville Police contacted the Kentucky State Police.

Troopers spotted Horace Nunez’s work truck around 9 p.m. Sunday traveling west on I-64 near the 55-mile marker. Troopers said the truck was traveling at 42 mph and was weaving onto the shoulder.

The truck stopped at exit 53B, troopers said, but the driver refused to get out. As more officers arrived, the driver reportedly accelerated and nearly struck other officers. The truck crossed U.S. 127, struck an embankment and overturned. The driver, identified as Nunez, then got out of the truck and was arrested.

Officers an open bottle of brandy inside the truck as well as a handgun and several loaded magazines. There was also a bullet hole through the roof of the truck, officers said.

Knoxville Police said Horace Nunez will be extradited to Tennessee for charges including first-degree murder, reckless endangerment and convicted felon in possession of a handgun.

KSP charged Nunez with first-degree fleeing or evading police, possession of a handgun by a convicted felon, first-degree wanton endangerment and first-degree criminal mischief, all Class D felonies; driving under the influence (first offense), a Class B misdemeanor; and reckless driving, possession of open container of alcohol in a motor vehicle, and failure to wear seat belt, all violations.

He is being held in the Franklin County Regional Jail on a $30,000 bond for his Kentucky charges. He also has a $1 million bond for a fugitive warrant.