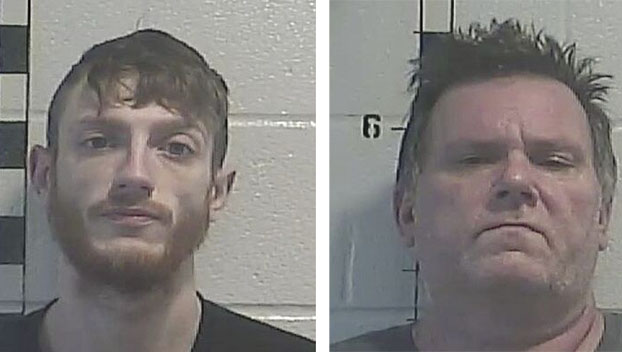 Frankfort police officers were called to the local Walmart shortly after midnight Monday after someone stole more than $12,000 in jewelry, according to police records.

“Unbeknownst to (the trooper), both individuals had warrants,” Kentucky State Police Public Affairs Officer Stuart Jackson said. “After the vehicle was searched, he came across the stolen items.”

According to court officials, Needham and Combs were arrested and charged with receiving stolen property under $10,000, a Class D felony. The arrest citations valued the recovered property, which included cellphones and rings, at $8,750.

The two were also served a number of warrants from Tennessee and Virginia.

Frankfort Assistant Police Chief Lynn Aubrey said Combs and Needham are the suspects in the Frankfort Walmart theft, and officers plan to present the case to a grand jury.

“We expect future indictments on both individuals,” she said.

Lexington Police Public Affairs Officer Brenna Angel said Combs was wanted for allegedly breaking into a jewelry case at the Walmart on New Circle Road on Dec. 5. Angel said Combs pried open a display case and took About $500 in jewelry and an Apple iPhone 12 Pro.

Needham and Combs are scheduled for a preliminary hearing in Shelby District Court on Feb. 4. The hearing is used to determine whether there is probable cause for charging them. Defendants can also choose to waive the hearing and send the case directly to the grand jury.

Kentucky Woman who reportedly nearly drives over deputies on…