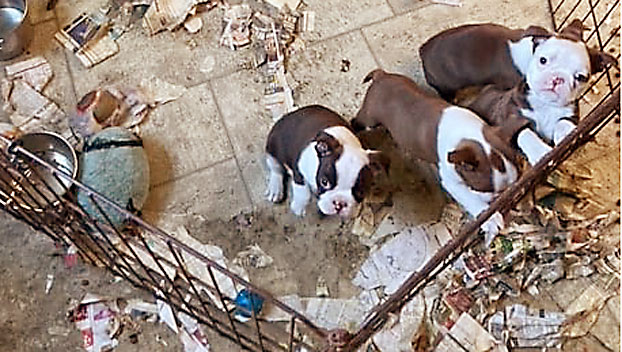 Donna Byard was charged with second-degree cruelty to animals after an animal control officer responded to a tip in Alvaton on Thursday, the Warren County Sheriff’s Office said in a statement.

Feces clogged a drain and covered the floor in a barn where the dogs and puppies lived, the Lexington Herald-Leader reported. According to a police citation, Byard told officers the drain had been clogged for two weeks.

The dogs were removed from the property. They are not available for adoption, the sheriff’s office said.

It’s unclear whether Byard has an attorney who could comment on the charges on her behalf.