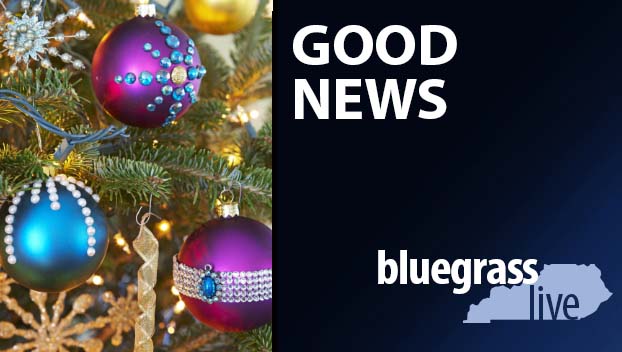 At 16, Tamara Vest had had enough.

Tired of the abuse, neglect and intimidation she said she faced in her older brother’s home, Vest was ready to open up to a social worker at Tates Creek High School. She didn’t know then that was the first step down a long, challenging road through homelessness, foster homes and years of growing up fast to fend for herself.

Now at 23, Vest is arms length from a degree in social work from the University of Kentucky. On Dec. 4, she delivered the online commencement address to the class of 2020. She’s hoping to be a symbol of resilience to a crop of young people who are graduating into hard times that could potentially shape the rest of their professional lives.

“I used to look down on my past,” Vest said. “It was something that really weighed on me and brought me down.”

Vest’s father died from cancer when she was 9. Her mom really wasn’t in the picture because of a long battle with substance abuse. After a custody battle, Vest could either live with her older half-brother or go into foster care.

Vest moved in with her brother and “it was just not good for me at all. It was not a good home.” She noticed that she was disciplined differently compared to other kids, not allowed to do certain things others could. Eventually, over the six years she lived there, it escalated into verbal and physical abuse.

If she spoke out about her home life, she would be put in foster care which her caretakers told her would be “worse than what I was already going through. So of course, as a child, I’m like, ‘Oh, God, I don’t want it to be worse.'”

EDUCATION AS AN ESCAPE

Because of the constant transition between different schools and homes, children in foster care are at high risk to drop out of school and are unlikely to attend college, according to the U.S. Department of Education and national studies.

Nearly half of all foster youth don’t graduate high school and less than 10 percent earn a bachelor’s degree nationally, according to the 2018 National Factsheet on the Educational Outcomes of Children in Foster Care.

The longer a child stays in the system the more likely they’ll be shuffled from home to home, state data shows.

For Vest, school was her escape. She consistently excelled in the classroom and when the final bell would ring at high school she’d try to sign up for as many extra-curricular activities as possible. Choir and weekend retreats with student groups filled her schedule “so that I wouldn’t have to go home. But at some point you got to go home.”

Over the course of what she said felt like a month, Vest started to talk regularly with a social worker at her high school.

“The more I got comfortable with them, the more things would just come out, because I just couldn’t take it anymore,” Vest said. “And at some point, they were like, you know that we’re gonna have to report this to the authorities. And as soon as they told me that I was begging them, please don’t tell anybody.”

When she came home from school one day, a social worker from the state was waiting for her. Vest said she was afraid of giving the social worker too much information and didn’t say much, just mainly agreed with questions directed at her.

A week or so later, when Vest came home from school her brother was waiting for her. She said he told her to pack a bag. She was going to a homeless shelter.

“Looking back at it I was like a bratty teenager,” Vest said. “But they were extremely nice. I’m very thankful for them. And I didn’t even want to leave.”

THE PERFECT SPEAKER FOR AN ‘UNUSUAL YEAR’

Vest said she bounced between a few different foster homes until just before her senior year of high school, when she moved into a pre-independent living program, which provided her own small apartment in Lexington at 17.

When she turned 18 in the middle of her senior year, Vest decided to leave the foster care system. She started paying for her own apartment while working full-time at McDonald’s and eventually enrolled at Bluegrass Community and Technical College as a political science major.
Vest’s first stint at college didn’t stick but after working a variety of odd jobs, she came back to BCTC determined to get a degree in the field that she credits with showing her compassion when she needed it most. From BCTC she went to UK in January 2019 and is returning to the university for her master’s in social work.

“All the people that mostly made positive changes in my life and helped me were social workers,” Vest said. “I noticed a lot of things being a young adult aging out of foster care. I had a lot of setbacks, just from the circumstances that I was put in.”

Kalea Benner, the associate dean for the college of social work who has known Vest since she entered the program, said Vest is the perfect person to deliver a speech on grit, perseverance and resilience to a class graduating in the midst of a global crisis which took hold locally less than a year ago.

“Who could be better at kind of capturing what this cohort has been through?” Benner said. “You know, it’s just been an extremely unusual year.”

Benner said she’s been impressed with what Vest has already done in the field. During her time in college, Vest became chairwoman of Voices of the Commonwealth, a group of former and current Kentucky foster youth who advocate for foster youth in part by telling their own stories. Vest’s advocacy helped pass Senate Bill 115 — a tuition waiver for state higher education for Kentucky foster and adopted youth.

Vest has the “maturity and awareness” to know that policy change is the way to impact the lives of multiple people, Benner said.

As she wraps up her undergraduate career, Vest said she looks back and sees value in her childhood because she wouldn’t be in the position she’s in without those experiences.

She wants to help people who were like her: those who are set back by circumstances and obstacles largely out of their control. She’s hoping that shines through in her pre-recorded commencement speech was broadcast online to 2020 graduates Dec. 4.